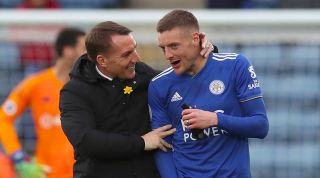 According to the Telegraph, that compensation package was included in Rodgers' new contract that he signed in April 2017, and also allowed the Premier League side to take the Northern Irishman's coaching staff too.

It's believed that Leicester could have waited until the summer to get Rodgers on a reduced fee, but decided to act quickly after their decision to sack Claude Puel.

That amount dwarfs the £4m that league rivals Everton had to shell out to Watford for Marco Silva, agreed in late February to avoid allegations of tapping up the Portuguese.

The Foxes recently released their financial report for the 2017/18 season, and with it further assertions of their ambitions for the future.

Soon they will move into a new state-of-the-art £80m training ground – believed to be one of the best in the world – and will likely arm Rodgers with the funds he requires to mount a charge towards Europe in 2019/20.