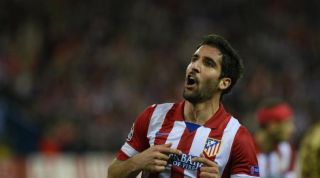 And his form did not go unnoticed, with the midfielder selected in his first Spain squad on Friday.

"I'm sure that, just as the [Atletico] team has been evolving, he has also developed," Simeone said of Garcia.

"And with hard work, passion and quality - he's earned a place with the national side.

"He has an advantage because he can be fielded in a number of different positions and that is always positive.

"His call-up for the national team has come at a high point for him in his career."

Garcia and his Atletico team-mates face Eibar in La Liga on Saturday.