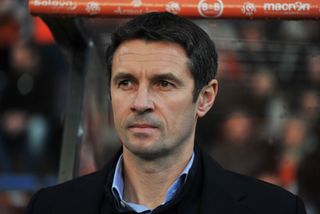 Garde's men saw off Marseille 2-1 at the Stade de Gerland to progress into the semi-finals of the competition thanks to goals from Yoann Gourcuff and Bafetimbi Gomis.

It keeps Lyon's hopes of a first Coupe de la Ligue triumph since 2001 alive, but Garde is eager to keep expectations grounded, especially after Saint-Etienne were dumped out of the Coupe de France by fourth-tier Cannes on Tuesday.

"You can take nothing for granted in the cup, as we saw on Tuesday in another national cup," he said.

"We will try to take the next step, hoping to return to the Stade de France like we did two years ago."

Lyon remain in both national cups and, on Sunday, will start a run of three games in seven days, starting with a visit to Reims.

"The calendar is loaded," he explained.

"We will recover well and not get ahead of ourselves and maybe we have a chance."