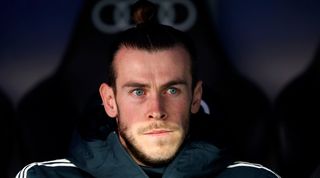 The Welshman is set to leave the Bernabeu this summer as boss Zinedine Zidane confirmed after Sunday’s 3-1 friendly defeat to Bayern Munich that “the club is working on his departure.”

According to The Sun, Beijing Gouan have tabled an offer that would make Bale the world’s highest-paid footballer.

His £1 million per week, tax free wage packet would surpass the earnings of Lionel Messi, who is paid around £900,000 per week by Barcelona.

Bale currently earns around £600,000 a week in Madrid, where he has helped the Spanish side to four Champions League titles since his 2013 arrival from Tottenham Hotspur for a then-world record fee of £85 million.

The transfer deadline in China is on 31 July, while the likes of Bayern Munich and PSG could yet make a bid to bring in the 30-year-old.