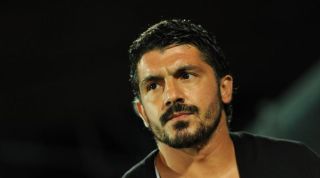 The Italy international walked away from his post after OFI's 3-2 defeat to Asteras Tripolis at the weekend, with quotes reported in the Greek media attributing him as saying he "cannot continue to carry this situation on my shoulders alone".

However, after an apparent change of mind, ex-Milan midfielder Gattuso looks set to remain at the club.

"After long discussions with members of the board and the fans of OFI Crete, and given the love I have generally for the city of Heraklion and the fans of the team, I have now stepped back and will start from the beginning stronger and more united than ever," read a statement from Gattuso on the club's official website.

Gattuso's managerial career has been particularly colourful, having left Sion for Palermo where he was sacked after just three months in the role.

Following his appointment at OFI in June, Gattuso made the headlines across Europe following a fiery press conference in which he accused his players of lacking heart.