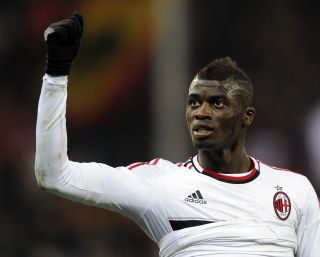 Manager Fabio Liverani is thought to be keen on bringing bring the 18-year-old forward to the Stadio Luigi Ferraris to bolster his squad ahead of the new Serie A campaign.

A swap deal involving Genoa's Juraj Kucka had been suggested but Preziosi ruled out that possibility.

And he believes Milan's failure to land key transfer targets during the close-season, including CSKA Moscow's Keisuke Honda and Fiorentina's Adem Ljajic, means that Genoa will be unable to complete a deal for Niang.

"I think I can exclude a swap deal between Juraj Kucka and Niang," he told Sky Sport Italia.

"Milan's failure so far to sign Keisuke Honda and Adem Ljajic has complicated talks with the Rossoneri."

Despite their progress on Niang being halted, Preziosi is confident of completing a deal to bring Nacional forward Gonzalo Bueno to the club.

"Bueno is a player with great prospects and quality, we are looking to bring him here to Genoa," he added.