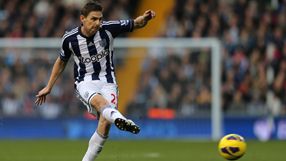 The 33-year-old is due to undergo surgery on his left knee next week after suffering the injury in the 1-1 draw with Queens Park Rangers in the FA Cup Third Round on Saturday.

Gera suffered a similar injury in November 2011 and is now set to be out of action for between six and nine months.

"He's a terrific guy and professional and I want to thank him for his contribution this season. It has been invaluable.

"He'll now get our full support during the rehab process. Zoltan has already proven he can come back from this injury once and produce at the highest level and I have no doubts he will do so again."

The Hungary international has made 18 appearances this season, scoring four goals for West Brom who are seventh in the league.