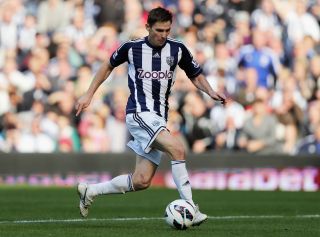 The Hungary international has been on the sidelines for seven months since rupturing the anterior cruciate ligament in his left knee in January's FA Cup tie against QPR.

His contract at The Hawthorns expired at the end of last season but after completing his rehabilitation, manager Steve Clarke has rewarded the 34-year-old with fresh terms.

The Scot believes that Gera still has a part to play in the Premier League and hopes to have him back in contention for a first-team place by October.

"It’s great to have Zoltan on board for another season," Clarke told the club's official website. "He’s a top professional and good within the group.

"I believe his form last season before his injury was as good as at any time in his career and our main aim is to get him back to that level as quickly as possible.

"If he reaches that level again, he will be a great asset for us."

Gera has made 173 appearances for West Brom during his two spells at the club, scoring 28 goals.