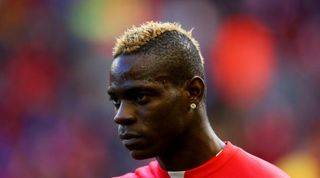 The first leg of the UEFA Europa League last 32 clash looked to be heading for a goalless draw at Anfield until Jordon Ibe was fouled in the area with seven minutes to play.

Balotelli appeared to take the ball from stand-in skipper Jordan Henderson, with the midfielder initially having been primed to take the spot-kick.

And Gerrard, who could hand the armband over to Henderson on a permanent basis when he departs for LA Galaxy at the end of the season, says Henderson should have stood his ground.

"Rules are rules. Mario's been a bit mischievous."