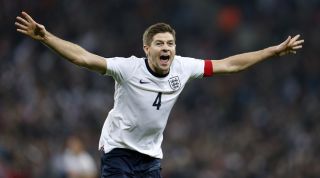 The Liverpool skipper led Roy Hodgson's men to a crucial 2-0 qualifying victory over Poland at Wembley on Tuesday, scoring the second late on after Wayne Rooney had broken the deadlock.

However, Gerrard insists there is no time to celebrate as he returns to Premier League action for his club at Newcastle on Saturday.

"As a footballer there is never much time to enjoy big wins as there is always another big game around the corner," he told the Liverpool Echo.

"Now I switch my focus to Newcastle. I’ll park England and get my recovery done.

"It’s a case of starting where we left off before the international break.

"We’ve started the season tremendously well and Luis Suarez coming back has given everyone a big lift.

"With some of our big players coming back into the squad like Glen Johnson, Joe Allen and Aly Cissokho, plus Philippe Coutinho not far away, things are looking good.