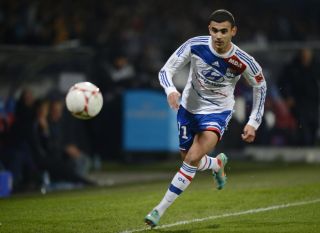 The winger's existing 'elite' contract was due to expire next year, but he has now secured his long-term future at Stade de Gerland.

Ghezzal, who is eligible to play for both France and Algeria, made 14 Ligue 1 appearances during the 2012-13 campaign, but failed to make a single league outing last term due to injury.

"This is a real pleasure to sign this professional contract with Olympique Lyonnais, which has been my goal for a long time," he said.

"It is reassuring to see that you are trusted, especially after experiencing a difficult season due to injury."