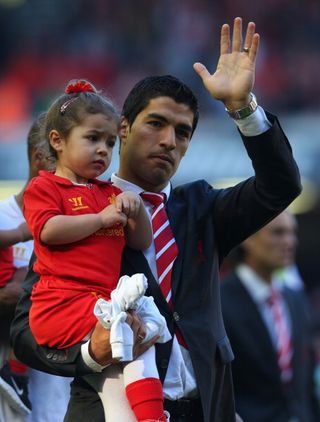 Suarez has made no secret of his desire to leave Liverpool, and Arsenal are believed to be very interested in signing the prolific Uruguayan.

Arsenal vice captain Mikel Arteta said this week that it was about time his team made a big splash in the transfer market, and now Giroud - who scored a hat-trick to help his side to a 7-1 rout of Vietnam on Wednesday - has followed suit.

The Frenchman said he would not be concerned by the potential of losing his spot should the club snare Suarez.

"Luis Suarez is someone with whom I could form a good understanding on the pitch," Giroud told The Sun.

"So I am in favour of him coming to Arsenal and I am not afraid of the competition for places his arrival would bring about."

Like Arteta, Giroud feels his side should be challenging for top honours this season, as Arsenal bid to break an eight-year drought without a trophy.

"Arsenal's aim for the new season will be to qualify for the Champions League," he said.

"And, given the fact that our rivals have changed their coaching staff, I don't see why we can't challenge for the title."