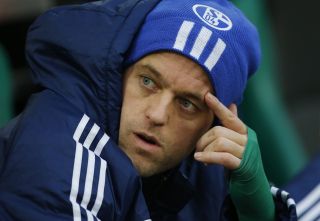 The 34-year-old has been at the club since 2011 and has made 20 appearances this season in all competitions.

However, Schalke will not be offering Hildebrand a new deal, with Schalke general manager Horst Heldt praising the Germany international's impact at the Veltins Arena.

"He has an important share in the successes of the past two-and-a-half years with third and fourth place in the Bundesliga, the first knockout round in the Champions League and reaching the quarter-finals of the Europa League," Heldt told Schalke's official website.

"In addition, he has always identified with FC Schalke 04 and this was made unequivocally clear.

"Our task, however, is to mainly affect decisions for the future. I am quite sure that this will not change his impeccable commitment to Schalke 04."

Hildebrand has been a regular under Jens Keller this season, helping the club to seventh in the Bundesliga, with Schalke also qualifying for the knockout stage of the UEFA Champions League.