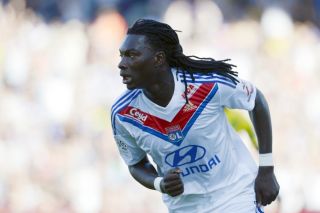 The France international appeared set to end his four-year stint with the club in the close-season, but a proposed move to Premier League side Newcastle United fell through.

Gomis will become a free agent at the end of the season when his current deal at the Stade de Gerland expires.

And the former Saint-Etienne man insists 2013-14 will be his final term with Remi Garde's men.

"I will stay until the end of the season," he told RMC.

Gomis was forced to train away from the first team during the transfer window after refusing to sign a new contract.

But the 28-year-old was quick to stress that the dispute between himself and the club has been forgotten.

"It was complicated but there is no problem," he added.

"I have the confidence of managers and coaches. Everything that happened that is ancient history.

"I will give everything for Lyon, I am very attached to this club.

"You cannot erase everything that happened, but we have a common goal."