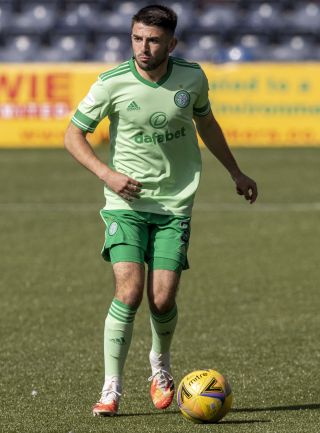 Greg Taylor insists the Celtic squad have put the Boli Bolingoli controversy behind them to concentrate on their Champions League qualifier against KR Reykjavik.

The Parkhead club had two Premiership matches against St Mirren and Aberdeen postponed after Scottish government intervention when it was discovered that the Belgian defender had featured against Kilmarnock last week despite not quarantining after a trip to Spain.

Ahead of the first and one-legged Champions League qualifier against the Icelandic outfit at Parkhead on Tuesday night, Taylor was asked about the prospect of Bolingoli returning to the dressing room.

The 22-year-old left-back said: “I think it will be discussed as a team privately when Boli does comes back.

“It’s an in-house matter. I will leave it there. Our focus is purely on tomorrow now. It’s been  dealt with by the club.

“We have not seen Boli, he has been quarantining so I am sure that will be discussed at a later date.

“It has been business as usual for us. We have been getting down to training, it’s been a good week and all our focus has been on that.

“We are moving past it. We can’t afford to dwell on things in the past. We have a game tomorrow night and that’s all our focus is on.

“Europe is massive at a club this size every year and nothing changes.

“Tomorrow is the first qualifying game and we need to win it.”