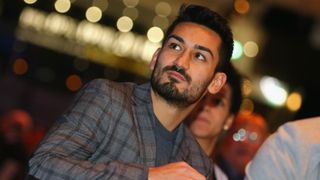 The Germany international - currently recovering from a dislocated kneecap - said he held talks with United, before agreeing to sign a one-year extension with Borussia Dortmund to ensure the Bundesliga club received a fee for his transfer.

"Maybe last year it was close, but not everything happened like I wanted it to," Gundogan told Sport360.

"Maybe it was not the right moment and at the end we decided to stay and renew my contract, to extend for one more year.

"We always had the conversation with Dortmund and agreed that if I left, I will not leave for free, for zero.

"So I renewed my contract and now this year everyone is lucky and happy how it came to an end."

In the end, it was City who paid for the midfielder, who could become a key part of Pep Guardiola's plans.

"I recognised over the last few months that I needed a change, to start from zero, to prove myself again, which is why I'm really happy to be here, to have the chance to work with Guardiola and this wonderful club," he said.