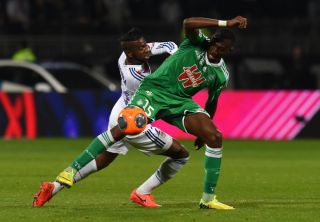 The 23-year-old departed the club in September for La Liga leaders Atletico Madrid, but returned on loan in January.

The France international has since made seven league appearances, but was absent for last week's 0-0 draw with Rennes and will subsequently sit out the remaining four matches of the season.

A statement on the club's official website read: "The latest medical examinations confirmed the unavailability of Josuha Guilavogui.

"The Saint-Etienne midfielder suffered a muscle injury in the right hamstring."