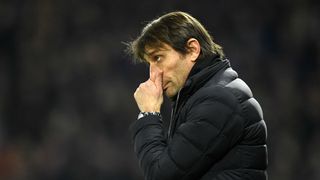 Conte is reportedly set to be sacked by Chelsea, who are fourth in the table after back-to-back league losses.

Former Barcelona boss Luis Enrique, 47, is linked with the post at Stamford Bridge.

Asked about that possibility on Wednesday, Valverde praised Conte, with Barca to face Chelsea in the last 16 of the Champions League.

"You are making a big prediction, because at the moment nothing has happened," Valverde said.

"Do you want me to tell you what's going to happen in the future? Or about your prediction? At the moment there is no changes so far.

"Chelsea's head coach is the one who led them to win the Premier League title last year, he's won many titles, and he's had a great career.

"There is not much to think about."