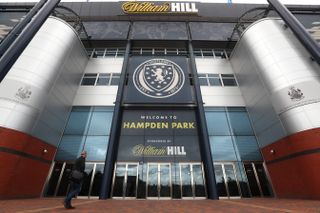 Hearts and Partick Thistle have been charged by the Scottish FA for going to court in their battle to avoid relegation.

Both clubs launched legal action after several attempts at Scottish Professional Football League reconstruction failed to halt them slipping down a division, along with Stranraer, following a vote by clubs in April to curtail the season in the wake of the coronavirus pandemic.

Dundee United, Raith Rovers and Cove Rangers opposed the move alongside the SPFL to protect the promotion they gained when the season was ended and the case will go to an arbitration panel convened by the Scottish FA.

The Scottish FA, however, have issued a notice of complaint to both clubs for allegedly breaching disciplinary rule 78 – “No member or Associated Person shall take a dispute which is referable to arbitration in terms of Article 99 to a court of law except as expressly permitted by the terms of Article 99.”

A joint statement from Hearts and Thistle said: “We are incredulous to have received a Notice of Complaint from the SFA in the circumstances.

“It is oppressive of them to require submissions from both clubs by 20 July when we are, in terms of their own articles of association, actively engaged in arbitration.

“As our focus must be squarely on that, we have already requested the SFA to review the timing to allow us to be properly prepared and represented.

“That is the very least we should expect from the process.”

The principal hearing is set for Thursday, August 6.