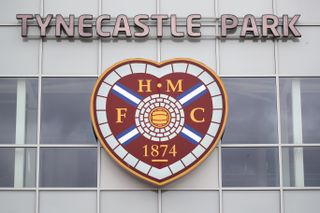 Hearts have stopped training following orders from the Scottish football authorities while Hull continue their pre-season preparations at the Edinburgh club’s facilities.

Hearts were told to halt their pre-season 10 days into their programme after the Joint Response Group (JRG) announced lower-league teams could not train until August 24 at the earliest.

The decision came as the Scottish Football Association and Scottish Professional Football League attempted to assuage the Scottish Government following high-profile breaches of coronavirus protocols from Celtic and Aberdeen players.

However, Hull are free to carry on training at Oriam, near Edinburgh, under agreement from Scotland’s national performance centre as they do not fall under the JRG’s authority.

Hearts declared they were “incensed” with the decision on Thursday night after being given 20 minutes notice before the public announcement was made.

Hearts, who lost a legal battle against the SPFL after challenging their relegation, have objected to the decision in the “strongest terms” and are “considering their options”.

A club statement read: “Having received authority to return to training, we built our plans around the agreed date.

“Our players and support staff were taken off furlough; contracts were signed with new staff and new players on the clear understanding that we would be in full training. We signed contracts with service providers, including Oriam and our testing company.

“Testing has once again been carried out this week, with costs incurred, in anticipation of continued training.

“Suffice to say that at a time when every football club in the land is managing its costs as tightly as possible, we have incurred significant ‘unnecessary’ costs.

“We have done nothing wrong and yet, once again, we are being disproportionately disadvantaged by a decision which has been described as ‘the fairest’.

“We should not forget that this situation has come about, not because of Covid-19, but because of behavioural issues, not by our employees but by those of other clubs.

“This delay reflects a lack of confidence that certain clubs will be able to comply and meet the required protocols. How can it possibly be ‘fair’ that we should be penalised?

“When questioned in what way this was ‘the fairest way forward’, we were advised that some other clubs now wanted to return to training and it was deemed that by preventing them from doing so, without halting our training, would give us an unfair advantage.

“Our fans are naturally incensed by this action, especially given what has transpired over recent months.  For the avoidance of doubt, everyone at the club is equally incensed.”