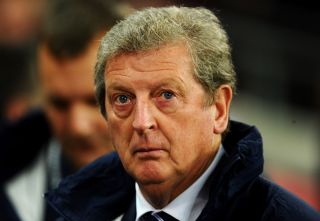 The joke - about an astronaut and a monkey launched into space - was reportedly intended to encourage players to pass to Andros Townsend, but allegedly shocked at least one player, who believed the story carried racist connotations.

Hodgson, who has been surprised by the reaction to the incident, was unreservedly apologetic if any offence had been caused.

"I would like to apologise if any offence has been caused by what I said at half-time," he said in a statement.

"There was absolutely no intention on my part to say anything inappropriate.

"I made this clear straight away to Andros in the dressing room.

"I also spoke to Andros again on Wednesday. He has assured me and the FA he did not take any offence, and understood the point I was ­making in the manner I intended."

The joke in question is believed to be popular with American space agency NASA.

"NASA decided they’d finally send a man up in a capsule after sending only monkeys in the earlier missions," the tale goes.

"They fire the man and the monkey into space. The intercom crackles, 'Monkey, fire the retros’. A little later, 'Monkey, check the solid fuel supply’.

"Later still, 'Monkey, check the life support systems for the man’. The astronaut takes umbrage and radios NASA, 'When do I get to do something?'

England qualified for next year's FIFA World Cup with the victory over Poland.