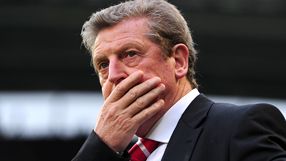 Speculation surfaced before Liverpool’s goalless Europa League draw against Serie A side Napoli on Thursday that the Reds' boss Hodgson would resign.

However, the former Fulham gaffer has dismissed the reports and says he’s in it for the long haul and will fight to help Liverpool get back to winning ways.

“I have heard the ridiculous rumours about me resigning and I can tell you there is not an iota of truth in any of them,” Hodgson told Sky Sports.

“The simple truth is that I have never considered resigning, and I never will.”

Hodgson took over at Anfield in the summer following the departure of Rafa Benitez, but his team have only picked up six points from their opening eight Premier League games and sit second from bottom of the table.

Frank Rijkaard was touted as a possible replacement for Hodgson after leaving Turkish side Galatasaray on Wednesday, but the Liverpool boss said such speculation didn’t concern him.

“Every day someone tells me that there is a new rumour about something that's supposed to happen and I think it's rather unfair that serious people use those rumours and then ask me questions because I shouldn't even be answering that question as it's literally never entered my mind and, what's more, won't enter my mind.

"I'm here for the long haul, I'm here to do a good job, I came believing I can help Liverpool rebuild and get going again and the players are very much behind everything we're doing."