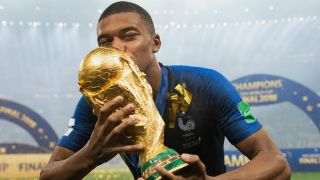 Hugill, a January signing from Preston North End, showed his knowledge in a World Cup themed video put on Twitter by the Hammers ahead of the tournament.

The 26-year-old was spot on in a number of his suggestions, which included France winning the title, Kylian Mbappe starring and Harry Kane's goalscoring exploits.

West Ham posted the original video on June 11 before the action in Russia began, and Hugill was quick to point the accuracy of his tips after France beat Croatia in Moscow on Sunday.

"Some would say I got them all right," he posted. "You all laughed."