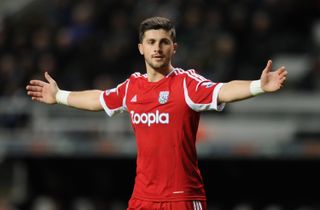 The 26-year-old has long been a target for KC Stadium boss Steve Bruce, with the club having narrowly missed out on the striker on the final day of the summer transfer window.

But Bruce now appears a step closer to signing the Irishman, with West Brom sporting and technical director Richard Garlick admitting a deal would be "in the best interests" of the Midlands club.

"We began talking to Shane about a new contract last spring and, during the ongoing negotiations, we made him two offers which would have significantly increased his salary," he said.

"However, despite our best endeavours, Shane has declined to sign a new contract.

"Shane effectively only has 18 months left on his deal and with him no closer to accepting our terms and then Hull making an acceptable offer, we felt it was in the club’s best interests to accept the bid."

Long - capped 42 times by the Republic of Ireland - has scored 22 goals in 87 appearances since signing for West Brom from Reading in 2011.