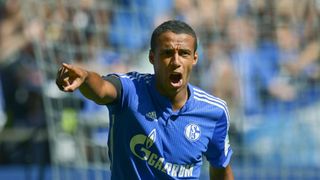 The physical demands of the Premier League mean Joel Matip will be spending plenty of time in the gym ahead of the new campaign.

The new Liverpool centre-back, who has moved to Anfield from Schalke, conceded that he has a lot of work to do on his body to be ready for the start of the season.

Matip, 24, said he is prepared for the Premier League to get under way on August 13, but he plans to step up his fitness levels to ensure he is in peak condition.

"I am ready for it [English football] but I also have work to do on my body," he told the club's official website on the club's first day of pre-season training.

"This is another league, so I will have to work on my body to play here and to be physically strong [enough] for the Premier League.

"I decided to do it myself, but I think the coaching staff and manager will help me reach this level and to be fit for the season.

"Of course, the Bundesliga is at a high level. Maybe it's a different level, but it's also a high level and I think I have got enough to play here."

Cameroon international Matip added there were various reasons why he wanted to join the Anfield club.

"There were many points: the coach, the club, the supporters… everything was good," he said.

"It was a good and simple decision for me. It's a great pleasure and honour to be a part of this big club."