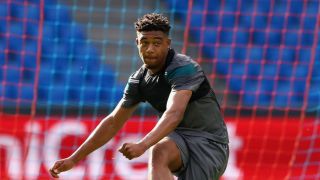 Ibe was named in Eddie Howe's starting 11 alongside the likes of Harry Arter and Artur Boruc and impressed with some neat touches as he played 45 minutes.

Bournemouth's first-half team smashed three goals past a hapless Minnesota as Callum Wilson netted twice and the Minnesota goalkeeper scored an own goal in calamitous circumstances.

Howe sent out a completely different team for the second half, including Adam Federici in goal, and the Australia international had to make the first save of note in the second half.

It was smooth sailing from there, however, as Bournemouth added a fourth through Lewis Grabban to seal the win.