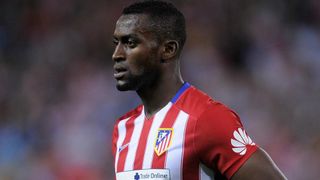 Atletico Madrid striker Jackson Martinez says he is working harder than ever, but playing some of the worst football in his career.

Martinez was a €35 million signing from Porto in the off-season after spending three seasons with the Portuguese club.

The 29-year-old has failed to reach the same heights he achieved with Porto, scoring just twice in La Liga so far this season.

Atletico coach Diego Simeone has backed his striker to find the net, but Martinez is worried with his output.

"I am training like never before, yet playing as bad as ever," the Colombian striker ahead of the club's league clash with Las Palmas.

Atletico are top of the league after 19 games, two points ahead of Barcelona who have a game in hand.