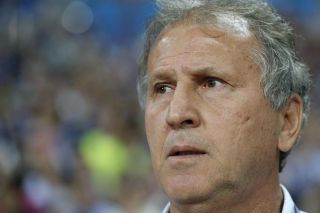 Zico's Goa have sprung into post-season contention with a run of four wins from five games and sit second in the table, level on 18 points with Atletico.

A trip to table-topping Chennaiyin may look like a tough assignment as Goa seek to secure their play-off place, but Marco Materazzi's side have already booked their own spot, with pressure taken off their search for a result.

The Brazil legend is keen to keep his players firmly grounded, revealing a recent run which has seen him change his XI just once in three games is set to go on.

"We have to think one step at a time and now we have to focus only on Chennai," Zico said.

"They have had very good results which has put them in a very good spot.

"We have kept the same team and haven't moved the players around too much because the results are coming.

"Many players are doing well and they have no injuries, so there is no need for a change."

Atletico will also need to win away to secure a play-off berth, as they head to a Mumbai City side currently propping up the standings and in need of three points to have a hope of snatching a top-four place on the last day.

After a strong start, the side backed by La Liga champions Atletico Madrid have tailed off with only one win in their last seven games.