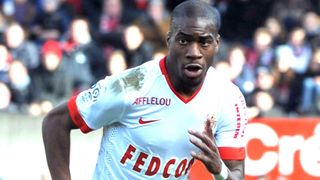 French midfielder Geoffrey Kondogbia will leave Monaco for Inter after the Serie A club confirmed the transfer on Sunday.

The 22-year-old France international will arrive in Milan on Monday to undergo a medical.

Kondogbia was tipped to join city rivals Milan after CEO Adriano Galliani claimed a deal worth €40million to sign the Frenchman was "all done".

However, Kondogbia will instead play for Roberto Mancini's side next season.

Kondogbia spent two seasons with Monaco, having arrived from UEFA Europa League champions Sevilla in 2013, and made 48 Ligue 1 appearances.