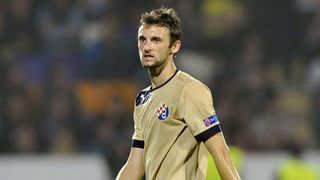 The 22-year-old arrived at San Siro from Dinamo Zagreb on Monday on an initial two-year loan, although the Serie A outfit have an option to make it permanent.

Brozovic joins compatriot Mateo Kovacic at Inter and is hungry to learn under the tutelage of coach Roberto Mancini.

"It's a dream come true for me to join Inter," explained Brozovic. "I've always wanted to play for a big club with a great history.

"I don't feel under pressure. I want to learn from Mancini.

"Kovacic has supported me and will help me a lot.

"I prefer playing in central midfield or in the holding role, it depends on the formation.

"I'm very young. I have to keep developing as a player, but I hope to grow into an all-round footballer.