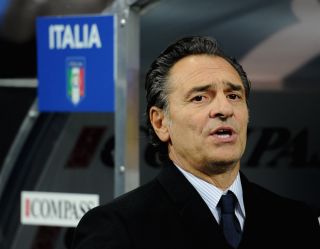 However, with the possibility that the two could meet in the quarter-finals of the tournament, the Italians have now requested that the fixture be moved to a later date.

"We can confirm that FIGC (Italy) has requested RFEF (Spain) the possibility to re-schedule the international friendly fixture of March 5 after considering the eventuality of a possible clash into the FWC 2014 quarter-finals," an FIGC spokesman told Perform.

"We are absolutely flexible anyway and looking forward to receiving a feedback from our Spanish counterpart."

Italy have won just one of the last nine meetings between the countries, dating back to 1998.