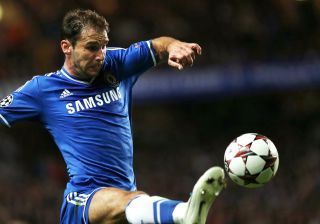 Mourinho's second spell in charge of the club suffered a blip following successive defeats against Everton and Basel last month, but Chelsea have won four of their five subsequent games to move up to third in the Premier League.

With league games on the horizon against Cardiff City, Manchester City and Newcastle United, Ivanovic expects Chelsea to continue their recent upturn in form following a sluggish start to the season.

"We've played some good games; we've had some defeats, too," the defender told the club's official website.

"The team and our performances can improve, we can do better and I think we'll do it after this international break."

Ivanovic, signed by former Chelsea manager Avram Grant in January 2008, is enjoying the experience of working under Mourinho and believes that the former Real Madrid, Inter and Porto boss will get the best out of the players at Stamford Bridge.

He added: "It's a big pleasure to play under Jose.

"It's always a great motivation from his side.