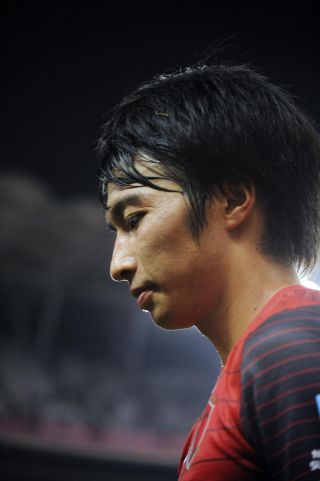 Kashima have won their past three games and have not lost in six, while Tokyo have won four of their past five fixtures.

The fourth-placed Antlers will be favourites to continue their fine run on Saturday when they travel to Shimizu S-Pulse, who sit 13th in the J-League, but fifth-placed Tokyo must host leaders Urawa Reds.

Tokyo won 2-0 at previous league leaders Sagan Tosu last week but will welcome a much more formidable unit in Urawa to their Ajinomoto Stadium on Saturday, with the Reds fresh from a 1-0 victory over reigning champions Sanfrecce Hiroshima.

Kashima will travel to Shimizu having scored nine goals in their past three games with midfielder Gaku Shibasaki and Brazilian striker Davi having struck two each in that period.

Shibasaki struck the winner in the opening minute of Kashima's 1-0 triumph over Ventforet Kofu last week.

The Antlers (36 points) could move within a point of Urawa at the top of the table if Tokyo stun the Reds, while second-placed Kawasaki Frontale (39) will be ready to pounce on any slip-up from the leaders when they travel to Yokohama F Marinos, who sit 11th in the standings.

Kawasaki emerged victorious from a nine-goal thriller in round 20, holding on for a 5-4 triumph over Cerezo Osaka.

Sagan (37 points) will look to bounce back from consecutive defeats on their trip to second-bottom Omiya Ardija, while last-placed Tokushima Vortis face Albirex Niigata.