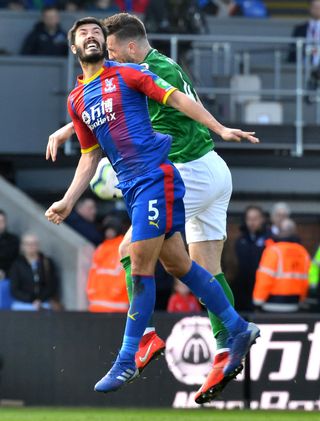 Crystal Palace will be without James Tomkins for their Premier League opener at home to Everton on Saturday.

The centre-back missed the end of last season with a groin injury sustained at Newcastle in April.

Roy Hodgson will also be without Mamadou Sakho (knee) and Jeffrey Schlupp (ankle), but the former England boss is happy with his squad heading into the new campaign.

Fabian Delph will be unable to make his Premier League bow for Everton as they begin their season.

The England midfielder’s thigh injury suffered in a pre-season friendly precludes his involvement at Selhurst Park, while veteran left-back Leighton Baines is doubtful.