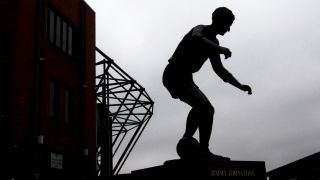 The jersey worn by Celtic great Jimmy Johnstone during the Hoops’ 1967 European Cup final triumph is expected to raise up to £25,000 when it is auctioned later this week.

The late Lisbon Lion – known as ‘Jinky’ by the Hoops faithful – played a key role as Jock Stein’s side became the first British club to be crowned champions of Europe with their victory over Inter Milan.

Johnstone gave the short-sleeved green and white Umbro jersey to the Italian club’s official photographer in the moments after the Glasgow giants had sealed their place in the history books with their 2-1 triumph at the Estadio Nacional.

Now it is expected to raise a significant five-figure sum when it goes up for sale on Friday through Buckinghamshire-based sports memorabilia auctioneers Sportingold.

🗓 #OnThisDay in 1️⃣9️⃣6️⃣7️⃣: The #CelticFC XI which would go on to be renowned as the Lisbon Lions played together for the first time 🦁 pic.twitter.com/FzQoD2zNfm— Celtic Football Club (@CelticFC) January 14, 2018

Advertising the strip, the Sportingold listing says: “The shirt was acquired by the Inter Milan club photographer who met Jimmy Johnstone on the Lisbon stadium pitch the day before the final, when Celtic were practising.

“He took his photo and asked if he could have his shirt after the match.

“Immediately after the Celtic celebrations on the pitch, Johnstone met the photographer in the dressing room, who got Johnstone to sign the photograph of him practising in the empty stadium and received his match-worn shirt.”

The jersey is said to be in “good condition” with “very slight ageing marks”.

The listing adds: “The shirt has a blue Umbro label on the neck. This style of shirt was only used twice in Celtic’s history, firstly in the 1967 European Cup Final and then two weeks later in the Alfredo Di Stefano Testimonial in Madrid when Celtic, the newly crowned European champions, were the opponents.

“The shirt has special stitching around the neck, which is different to any other Celtic shirt of the same era.

“The shirt was purchased by the vendor from the photographer’s son, who lives in Milan, and he has provided a letter of authenticity in Italian and English confirming how his father obtained the shirt.”

For more information on the auction, go to www.sportingoldauctions.co.uk