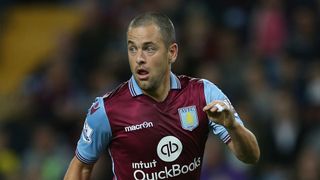 The 34-year-old former West Ham and Chelsea playmaker moved to League One Coventry City on a free transfer from Aston Villa in January after an initial loan move.

A three-time Premier League winner, Cole has scored twice in 22 appearances for Coventry but manager Tony Mowbray confirmed he is set to finalise a switch to the second tier of US football.

"Joe's going to join Tampa Bay and it might happen pretty quickly if he can get international clearance," Mowbray told the Coventry Telegraph.

"I would have liked to have kept Joe who I think has proven his fitness and worth to the team. He's a fantastic character around our building - no airs and graces, not looking for favours or extra days off.

"I think Joe can help us control football matches but he's made his decision for his family, I think, and we wish him well because he's been fantastic for our dressing room and this football club."

Mowbray did not rule out bringing Cole back to the Ricoh Arena on loan in October when the NASL season finishes.

Cole has 56 England caps and would line up alongside former teen superstar Freddy Adu if he completes his switch to Tampa Bay.