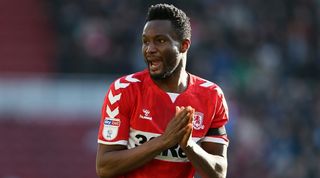 The former Chelsea player returned to England in January to join Boro in the Championship after a spell in China with Tianjin TEDA.

However, the Nigeria international’s deal at the Riverside expires at the end of June and ESPN FC believe he will return to the Premier League.

A source close to the midfielder revealed that the 32-year-old is mulling over several offers from top-flight clubs, including newly promoted sides Norwich City and Sheffield United.

"There are some options right now, and a few more we expect to see over the coming days," the source said.

"Once all the options are on the table, he will make a decision."

Mikel is expected to lead Nigeria at the Africa Cup of Nations this summer and looks set to join a new club before the tournament kicks off on June 21.

"He will most likely make the decision before the finals, although that will depend on what is on the table," the source added.

Mikel made 18 appearances for Boro in the Championship this season, scoring one goal.