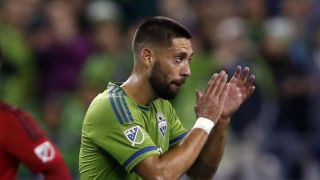 LOS ANGELES -- Major League Soccer has been kind to Clint Dempsey, and now another U.S. international forward could be following in his footsteps by beginning his professional career in North America before considering options in Europe.

Former Stanford University standout Jordan Morris has decided against signing with German club Werder Bremen following a trial this month, leading many to believe he will be heading to the Seattle Sounders, who hold his MLS rights should he choose to play in the league.

Dempsey played three seasons with the New England Revolution before heading off to England where he played with Fulham and Tottenham in the Premier League. He has since returned to MLS and played the last two seasons in Seattle as his career begins to wind down.

Dempsey and Morris, 21, have already trained together with the Sounders, and the 32-year-old is encouraged by what he's seen from the young player, who has already made seven appearances with the U.S. national team.

"He's done well with Stanford by winning the championship. He's done well when he's gotten called into the national team," Dempsey said. "I've trained a few times with him with Seattle. He's a player that has a bright future. In terms of what he decides to do, whatever he thinks is best for him. It's his decision on whatever he wants to do.

"His energy, athleticism, he works really hard. From the few interactions I've had, he's a bright kid with a good future."