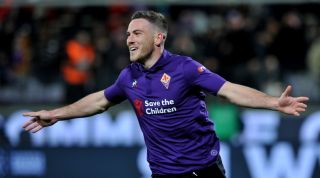 The Frenchman is in advanced talks with Carlo Ancelotti’s side, but an agreement is yet to be reached.

L’Equipe has reported that Arsenal have entered the fray by making an enquiry for the former Aston Villa playmaker.

Other interested parties include Roma and Sevilla, who have both contacted the 26-year-olds agents about the cost of a potential deal.

However, Veretout’s central demand is understood to be Champions League football, something Arsenal, Sevilla and Roma can’t offer, and he is taken by the idea of playing in Naples.

The former Nantes man scored five goals in 33 Serie A appearances for La Viola in the 2018/19 season and has a deal in Florence until June 2021.