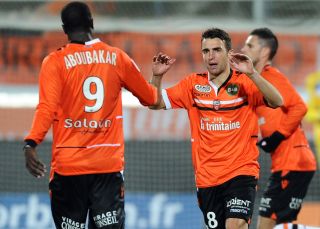 Jouffre has scored six league goals this season - his best ever return - as Lorient have climbed to within three points of the top five.

The 29-year-old has made 147 Ligue 1 appearances for Lorient since joining from Guingamp in 2008 and his new deal ties him to the club until 2016.

"I am very pleased to extend here," he told the club's official website. "I think on playing and family levels it is the best choice.

"I am a loyal player and I need to feel good where I am."

Coach Christian Gourcuff expressed his delight at the news and underlined the progress made by Jouffre.

"This is a good thing for the club, Yann continues the adventure with Lorient," he said. "Yann (has) found an environment that is favourable.

"For a year and a half, there has been a marked increase in his game this is good news."