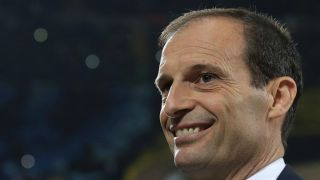 Juventus have wrapped up a seventh consecutive Serie A title, holding off a strong challenge from Napoli to defend the Scudetto again.

Massimiliano Allegri has led the club to a fourth straight domestic double during his time at the club, with the Juve coach being linked with succeeding Arsene Wenger at Arsenal.

If Allegri does depart, he will go out on a high, Juve adding the Serie A crown to the Coppa Italia title they won against AC Milan on Wednesday thanks to a 4-0 victory at the same Stadio Olimpico venue where the league title was clinched.

Here, we assess the key Opta numbers in yet another successful season for the Bianconeri.

34 - The Bianconeri have now won the league 34 times - this is 16 more titles than any of their Serie A rivals.

22 - Paulo Dybala is the youngest player in Europe's top-five leagues to have scored at least 20 goals this term.

10 - Juve kept 10 consecutive clean sheets from January 6 to March 17, setting a joint-record in Serie A history.

12 - Allegri's side won 12 league matches in a row from December 17 to March 14, while they were unbeaten domestically from November through to April, when Napoli's 1-0 win in Turin blew the Scudetto race wide open.

22 - Juventus have now kept 22 clean sheets, equalling the Serie A record in a single season.

7-0 - The biggest win of Juve's season was a 7-0 demolition of Sassuolo on February 4 - Gonzalo Higuain scoring a second-half hat-trick.

15 - Juventus are the only team in Serie A this season to have more than one player score 15 or more goals (Dybala 22, Higuain 16).