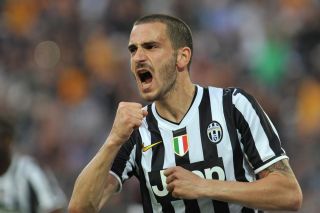 Antonio Conte's men can take another step towards a domestic and European double on Thursday when Juve face Benfica in the second leg of their UEFA Europa League semi-final.

With their third consecutive Serie A title all but confirmed, Bonucci hopes Pirlo's influence can help Juve turn around their one-goal deficit from the first leg.

Pirlo scored the winning goal in their last 16 victory over Fiorentina last month and Bonucci feels his Italy team-mate can inspire them again.

"He's a leader - a silent leader but one who knows how to carry his team through difficult moments," Bonucci told UEFA.com.

"He showed that in Florence, ensuring that we won the match and progressed. He then also scored an important goal which helped us get past Lyon (in the quarter-finals).

"Outside of football, he's a great man and has been one of the world's best midfielders in the history of the game."

Juve have not won a European trophy since the UEFA Champions League in 1996 and an appearance in the final this year would be special due to it being hosted at the Juventus Stadium.

Bonucci claims victory in the competition would ensure Juve were back among the great teams in Europe once again.

"Since our last European trophy in 1996, we haven't been this close to winning a final, so for us it would be a source of pride," he added.

"It would return Juventus to being one of the best teams in Europe."