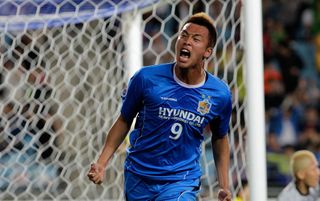 Both sides have picked up points this term thanks to draws and have not yet been cut adrift at the bottom but that first win of the campaign has remained elusive.

Sangmu were beaten 1-0 by Jeju United last time out while Incheon have not scored since the opening day of the season, drawing their last two games 0-0.

But Sangmu, promoted to South Korea's top flight last season, can leapfrog opponents Seoul with a victory, while Incheon host a Busan l'Park side who have not won in three games.

Defensive frailties have blighted Sangmu's start to the campaign - no side has conceded more than their tally of 10 - but Seoul have scored just four times in six league outings.

Champions Pohang Steelers, the league's most prolific side, can add to their 12 goals this season and keep the pressure on those at the top against Gyeongnam.

With a sufficient swing in goal difference, Pohang could return summit on Wednesday but would need a host of results above them to go their way.