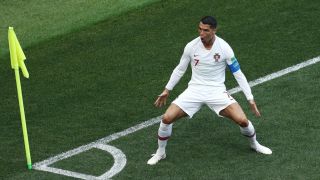 Cristiano Ronaldo's transfer from Real Madrid to Juventus will have a revitalising effect on Italian football, according to former Madrid and AC Milan playmaker Kaka.

The Bianconeri persuaded Madrid to part ways with their all-time leading goal-scorer, agreeing a €112million deal, and the five-time Ballon d'Or winning forward completed his medical in Turin on Monday.

Former Brazil international Kaka, who moved from Sao Paulo to Milan in 2003 and then spent four years at Madrid before returning to San Siro, believes the presence of Ronaldo in Serie A could help to restore the country's sporting reputation, referencing the Italian football scandal of 2006 that saw Juventus relegated to Serie B.

"Ronaldo to Juventus is a good thing for whole of Serie A," Kaka told Omnisport, speaking courtesy of Adidas. "Playing for Juventus is great.

"Italian football had difficult moments in the past but Juventus survived and became great again in Italy and Europe after a negative period.

"They've restarted after Serie B and they are a great team in Italy and Europe now. They signed one of the most important players and are bringing him to Italy."

Ronaldo will aim to help Juventus win their eighth consecutive Serie A title in 2018-19, and the club's supporters will hope he can bring their long wait for a third Champions League trophy to an end.

Juve last won Europe's premier club competition in 1996, but lost the final in 2015 to Barcelona and to Madrid in 2017, Los Blancos and Ronaldo also knocking them out in the quarter-finals last season.

But Kaka feels the Ronaldo effect will be not just in Turin, but throughout Serie A and Italy's lower leagues.

"All the other teams will have an advantage thanks to this big name," said the 36-year-old.