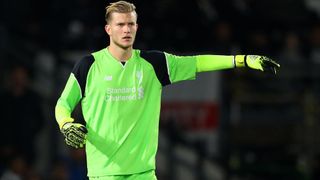 Loris Karius is adamant Liverpool do not fear Manchester United as they prepare to take on Jose Mourinho's side at Anfield.

Jurgen Klopp's men sit three points clear of United in the Premier League table ahead of the game and will be looking to move further away from their arch-rivals on Monday.

Karius expects a tight encounter, but has stressed Liverpool are ready for the task at hand.

"Manchester United are a good, strong team but we have a great team and we play at home," Karius told Premier League Productions.

"We have respect for them but we are not scared of them and we know we want to win the game.

"We will have a good plan – or more than one plan – so we will be well prepared. Monday night at Anfield, the fans will be behind us, so I think everyone is looking forward to it.