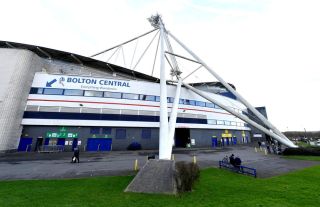 Bolton chairman Ken Anderson has announced the club’s players have been paid their overdue wages.

The Bolton squad on Monday asked the Professional Footballers’ Association to intervene after their wages, due on February 28, were not paid.

Anderson had reportedly promised to pay the wages if a much-anticipated takeover of the club had not been completed.

In a post on the club’s official website, Anderson said the squad and coaching staff have now been paid and revealed he hopes the takeover of the club will be completed later this week.

“After a number of last minute hitches which caused some unforeseeable delays, I can confirm that all outstanding salaries for players and coaching staff have now been paid and we can all now put our energy and focus into supporting the players for tonight’s important match,” Anderson wrote on www.bwfc.co.uk.

“Hopefully, the takeover will be completed later this week and the new owners will be in place and will be given the time and opportunity to take the club forward.”

Bolton beat Millwall 2-1 on Saturday but remain in the relegation zone, five points from safety ahead of Tuesday’s clash with Sheffield Wednesday.