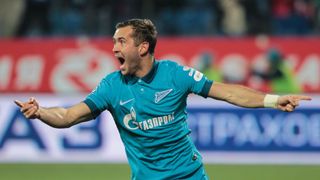 Alexander Kerzhakov has agreed a one-year contract extension to remain at Russian Premier League side Zenit for another season.

The club's all-time record goalscorer, with 161 goals in 368 matches, began his career with Zenit before moving to Sevilla and having a short spell at Dynamo Moscow.

Kerzhakov has been back at Zenit since 2010, although he had a loan spell at Zurich last season, and has fallen down the club's pecking order in recent years.

A lack of game-time and loss of form meant the 33-year-old was left out of Russia's squad for Euro 2016 despite being the country's record goalscorer.

Zenit kick off their Russian Premier League campaign against Lokomotiv Moscow on July 30 and the club will be in Europa League action this season.