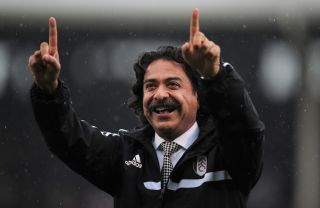 Fulham sit 17th in the Premier League table after a poor opening to the campaign which has seen them win just twice.

A 1-0 win over Stoke City in the club's last match lifted them out of the relegation zone but the pressure is still on Jol.

Khan – who bought Fulham for £150million in July – says he is willing to give the Dutchman time to improve the club's fortunes though.

"He's a good guy. We've gotten off to a start nobody's happy with, whether you're a fan or you're Martin.

"We want to do better but I'm not the kind of person who's going to act on impulse. You go through life and learn valuable lessons.

"I want Fulham to be very successful. You can't go out of the frying pan and into the fire. That's the most important thing.

"Relegation is a horrible thought but you've got to keep in mind it's only seven games. You can't jump to conclusions."