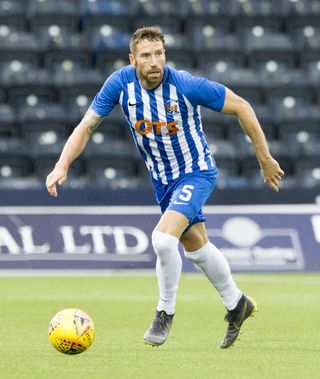 Kilmarnock goalkeeper Laurentiu Branescu is suspended for the Ladbrokes Premiership clash with Rangers at Rugby Park.

Branescu was sent off in the last league game against Hearts and will sit it out, while defender Kirk Broadfoot is a doubt with a shoulder injury.

Stuart Findlay (hamstring) and Chris Burke (foot) did not play against Aberdeen in the William Hill Scottish Cup at the weekend but trained on Monday, while Innes Cameron and Adam Frizzell are still on their way back from knee problems.

Left-back Barisic is rated as 50-50 after tweaking a thigh muscle against Hamilton but will be given until the last minute to prove his fitness. Jack, however, is ready to return after injuring his calf against Hearts last month.

Florian Kamberi also returns to the Light Blues squad after he was cup-tied for the 4-1 win over Accies but Jermain Defoe (calf) and Filip Helander (foot) remain out.