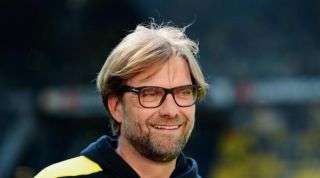 Holders Bayern trail 1-0 from the first leg of their semi-final tie and will need to overturn that deficit in Tuesday's second leg at the Allianz Arena in order to progress to the showpiece at the Estadio da Luz in Lisbon.

Bayern have been considered as favourites for the trophy throughout the competition, but face a tough task to qualify for the final against a Real side that has suffered defeat just once in the competition this year.

That loss came at the hands of Klopp, with Dortmund claiming a 2-0 victory in their quarter-final second leg against Real at Signal Iduna Park, although they still succumbed to elimination 3-2 on aggregate.

However, Klopp, whose side beat Real in last season's semi-finals last term before losing to Bayern in the final, is putting domestic rivalries to one side and has no doubt that the Bavarians will progress.

"Of course I'm cheering for Bayern in this match," Klopp told Bild. "I am also still convinced that they will win the tie."

Bayern prepared for the midweek clash by beating Werder Brmen 5-2 at the Allianz Arena, though Real will also entre the fixture in confident fashion after a 4-0 win at home to Osasuna.